Theologians since the dawn of time explain the message of God to the people. About 75 percent American’s understands the literal meaning of the bible, but they don’t think that the verses have different meanings or furthermore, the concepts that are associated with them. Theologians throughout history interpret the meaning according to the time and space. Because these verses are basically the way of life, and the way to connect with God according to the different situations in all times. Theologians serve a great duty via leading humanity towards betterment (Longhenry, 2013).

There are several theologians who became the leader in their time and their interpretations are acknowledged in most of Christian’s communities. These scholars give a better understanding of text in their time and they motivate the people to be loyal towards God, and to spend their life according to the teachings of God. There are many aspects or new dimensions of life which are not covered by the scared book. In these situations, these scholars provide necessary solution to the problem relative to the time. In this paper the interpretation of the same verse will be discussed from the veiws of different theologians.

Interpretation of the Verse

The verse that has been selected for this paper is Luke 13:23-24, this verse is as follows:

“Someone asked him, ‘Lord, will only few people be saved?’ He answered them, ‘Strive to enter through the narrow door, for many, I tell you, will attempt to enter but not will be strong enough’.”

This verse has been selected to see the history of interpretations. Before understanding the meaning from theologians, the laymen meaning or general understanding of this verse is that if humans will not choose or do good deeds they will suffer. However, there is deep and greater meaning to the verse. Following are the interpretations of the theologians.

St. Augustine was one of the most respected philosophers and theologians in history of Christianity, he belongs to northern Africa in 354-430 AD. He contributed to Christianity from his writings including books and interpretation of Bible. For centuries, his work is followed and appreciated among the people. In Roman Catholicism, he is considered as doctor of the church, his writings define the modern and medieval Christianity. His contributions to Christianity are unforgettable. His writing which are preserved today are over 5 million words. His greatest achievements are exegesis which till today are considered genuine interpretation of the scared text. St. Augustine interpretation of Luke 13:23-24 is a detailed discussion which also covers, briefly, his belief of original sin. Despite the teaching that God’s Grace truly changes human lives, allowing us to properly love and merit eternal life, Augustine still argues that many people will arrive in Hell (Humphries, 2017). Augustine believed that Heaven was not attainable without grace for two reasons. The first, Heaven is beyond our abilities and we would not be able to get there on our own human powers. The second, because he believes we are damaged, we not only lack the ability to get there but we do not deserve God’s help (Humphries, 2017). He says that since we are all sinners and are deprived of the glory of God, all humans need God’s grace in order to get to Heaven. Jesus Christ offers his grace, and so, the grace of Christ is necessary for salvation (Humphries, 2017).

St Augustine explain the statement that Lord heard a man asking are there few be saved and Lord answered the ones who pass through the straight gate will be saved but they would be few in numbers compared to the people who will meet destruction. The lord compares world to the field and in the field, there is wheat, these are the people who are loyal and faithful to the lord but they are few in numbers. In the field there is also a chaff which are remaining in field after wheat is collected which is greater in quantity. It is also being explained that the chaff is used for fire not the wheat. This certainly does not mean that the world is devised accordingly, it means that there is attraction in evil and most people will be attracted to the evil and forget the teachings of Lord.

This interpretation motivates people to be the grain and not come in the category of the useless chaff, every person struggles in world to achieve highest rank in society. This explanation motivates people to work for highest rank in here after. St Augustine’s interpretation, in simple words, teaches a valuable lesson and it is followed by people for centuries (Stevenspery, 2016).

St. Gregory, born in Rome in 540-604 AD, he was the Pope from 590-604. He was considered as the excellent administrator, he was founder of papacy which is the jurisdiction and law office. The contributions of Pope Gregory cannot be denied as Christianity the first papacy office, rules and laws which were not prevailing before. Although his admiration as a theologian had not been acknowledged until his death but soon after his death he became quite popular among the people and people started following his teachings which are a more defined way of sacred text.

St. Gregory explains that faith is difficult to achieve and there are few people who can acquire it, this faith can lead individuals towards heavenly kingdom. He explains that there are numerous people who come together for feast day in church yet few will be the chosen ones among them. He further explains that wicked people are greater in number and may suffer because of them in silence but the chaff will burn eventually and grains will be left for barns (Longhenry, 2013).

He explains this concept with example of the Ark which was built by Noah. He describes the Ark as symbol of the church. He explained that in the ark, the animals were in the middle which was the wider part of ark and in the men lived in the narrow part. Similarly, the chosen ones are narrow in number and spiritual whereas the ones who lacks faith or have carnal minds will not achieve eternal salvation of God (Longhenry, 2013)

The explanation by St. Gregory shows a great time lapse from St. Augustine although they are not further apart but St. Gregory used several examples including St. Augustine to explain the concept. Although their teachings are similar, it definitely is more acceptable in a little modern period. St. Gregory states that faith is the important part in order to achieve salvation. After reading about both, its quite interesting that the same concept can be taught in several ways. That’s why they became leaders to a great nation which develops law and rules for coming generations to follow (Millitant, 2017).

This explanation also reveals the ark in the middle of flood is the symbol of several concepts and features of scared text. This is one of the most intriguing lessons one can seek from the history on many fronts and it is greatly inspired among theologians and philosophers.

Anthony Mary Claret was born in 1807-70, he is also considered an important religious and social contributor to the society, he founded the Claretians which is a missionary school to promote the religion and he is also a founder of the Apostolic Training Institute of the Immaculate Conception. This school is for nuns to get better education. His life work is most appreciated and admired till today. The institutes he founded are still working and contributing to the betterment of society and church. The interpretation of Luke 13:23-24 by St. Anthony is described below.

St. Anthony explains the verse in that faith can save persons to heavens and can let you fall in the depths of hell. He explains that people whose sin is mortal which means that if they are guilty of any sin which continue in the world till eternity, they will get punished accordingly. He further added that many people died daily and we don’t know who have the faith. There is no time defined of death and we can be among the departed souls therefore the act should be quick and complete (Longhenry, 2013).

This is an important development in the teachings because at this time, people do the things which are considered as immortal sins, such as development of modern weapons etc. the time of St. Anthony was in several major wars all over the world which followed by WWI, in this situation the message of peace via this explanation is quite important. Humans basically are selfish, so he prefers self-salvation over world peace to make people understand what they are missing and ow can they improve themselves. This was indeed a great interpretation according to the space and time.

This study examines the verse of Luke 13:23-24 interpretation according to the several theologians. The explanation of each theologian shows the time period they are living in. obviously the meaning of the verse is almost the same explained by theologians but they use different examples to teach people of their era. Interpretation plays an important role in understanding of the concept and as for as Bible is concerned it is really very important. People are drawn from the religion or related books because they can’t belong in the era but these theologians make them alive like the book is written in current era. So, I believe to understand better taking a help from theologian’s point of view is indeed a best option.

Are They Few That Are Saved?

The Fewness of the Saved – Most Christians Go to Hell

"WE'VE HAD A GOOD SUCCESS RATE ON THIS ASSIGNMENT. PLACE THIS ORDER OR A SIMILAR ORDER WITH ESSAY HOMEWORK AND GET AN AMAZING DISCOUNT" 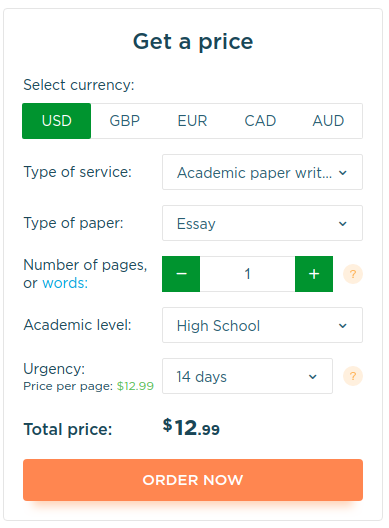 The writer did a great job on my paper and I received it before my due date.
Business
7 Days ago

Thank you for your quality time. I appreciate you helping me with this paper.
Law
4 Days ago

This is an absolutely incredible paper! I am blown away by the detail and composition!
Computer science
2 Days ago